The biggest and most important city in Mecklenburg-Vorpommern, which extends along the River Warnow, is both an old and a young city at the same time.
Rostock’s historic city centre with its North German brick gothic, its churches and monastries, city walls and gates, breathes hanseatic flair.

City Hall
The city hall of Rostock was built in the 13th century and consists of three buildings of different architectural styles. In the vaulted cellar, which is still used as a restaurant, the medieval style has been preserved best up to now.

St Mary’s Church
St Mary’s church is the most beautiful and significant church in Rostock and was built around 1230. St Mary’s displays very special features from all centuries. Especially important are the main altar, the pulpit, the organ, a bronze baptismal font (1290) and an astronomical clock (1472).

St Peter’s Church
St Peter’s church is the oldest and – with about 117 meters – the highest of the heretofore four municipal churches of the Hanseatic City of Rostock. The others are, or were, St Mary’s, St Nicholas’ and St Jacob’s, which was destroyed during World War II. There is a viewing platform at 45 metres that can be accessed via staircase or an elavator, and in clear weather you can enjoy a wonderful view of the City of Rostock and see as far as Warnemünde and the Baltic Sea.

University Square
This square was named after the main building of the university, and besides the Old Market Square and the New Market Square, it is one of the three historic market squares in town. Nowadays it is the centre of the pedestrian zone and part of the historic “New Town”. The Baroque Hall, the fountain “Joy of Life” made by sculptors from Rostock and the Blücher Memorial are really worth seeing. Blücher was born in Rostock in 1742, and the larger-than-life statue is dedicated to him, the hero of the liberation wars against Napoleon.

City Harbour
In the Middle Ages, trade and transport of the city were targeted at the harbour. This becomes obvious when you see that more gates of the city fortification lead to the harbour than to the Mecklenburg hinterland. Nowadays, the city harbour is a very popular promenade for strolling with restaurants, clubs, theatres, shopping facilities and big warehouses. Together with Warnemünde the city harbour is the venue for the annual Hanse Sail, one of the biggest maritime events along the Baltic Sea coast with up to 300 tall ships and traditional boats, as well as cruise ships and museum ships from all over the world and about one million visitors.

The seaside resort of Warnemünde offers a lot of maritime experiences from the lighthouse to the old fishermen’s cottages, impressive cruise ships in the summer and one of the best sailing areas worldwide. The sandy beach, which is up to 150 m wide, is the widest sandy beach along the German Baltic Sea coast. Each summer, there are events such as the Hanse Sail and the Warnemünde week, both of which attracting about one million visitors to Warnemünde.

Alter Strom
Nowadays, the former entrance to the Warnemünde harbour is both a fishing and a sailing harbour. Along Alter Strom there is a promenade with picturesque captains’ houses and fishermen’s cottages which leads up to the West Pier. Cosy pubs, cafés and boutiques invite you for a break.

West Pier
The walkable west and east piers protect the entrance to the Warnemünde harbour and extends 500 m into the Baltic Sea. At the end there is one beacon light each.

Lighthouse
In 1897 Warnemünde got its lighthouse, which is 32 metres high and is still used as a navigation mark at present. Between April and October tourists can visit the lighthouse, and from the two viewing platforms they can enjoy a wonderful panoramic sight of Warnemünde and the Baltic Sea, of the beach and the entrance to the harbour.

Teepott
At the foot of the lighthouse there is the so-called Teepott Warnemünde. It stands out by its shell-shaped concrete roof. After being vacant for 10 years, it was renovated in 2002, and nowadays it accommodates several restaurants.

Fish Market on the Middle Pier
Warnemünde fish market is situated on the eastern side of “Alter Strom“, directly by the historic cast-iron swingbridge of 1903. It connects the town centre and the Middle Pier. A visit to the fish market is especially recommendable in the early morning, when the incoming fishing boats deliver the fresh catch from the Baltic Sea, which you can buy directly from the boats. When talking to the fishermen, their perky but nice nature will definitely make you chuckle.

Yachting and Spa Resort Hohe Düne
The 5-star yachting and spa resort is a class of its own, and it has one of the most beautiful and biggest sailing harbours along the Baltic coast. The yachting harbour Hohe Düne offers 750 moorings for sailing and motor boats, and since lately it has accommodated Europe’s biggest seal research facility, which can be visited by tourists and locals. Directly located on the East Pier, it offers visitors a wonderful view of Warnemünde and the impressive cruise ships lying at the Cruise Center opposite. 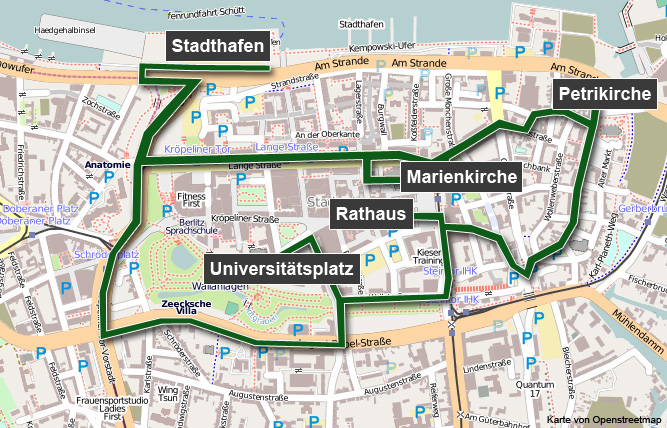